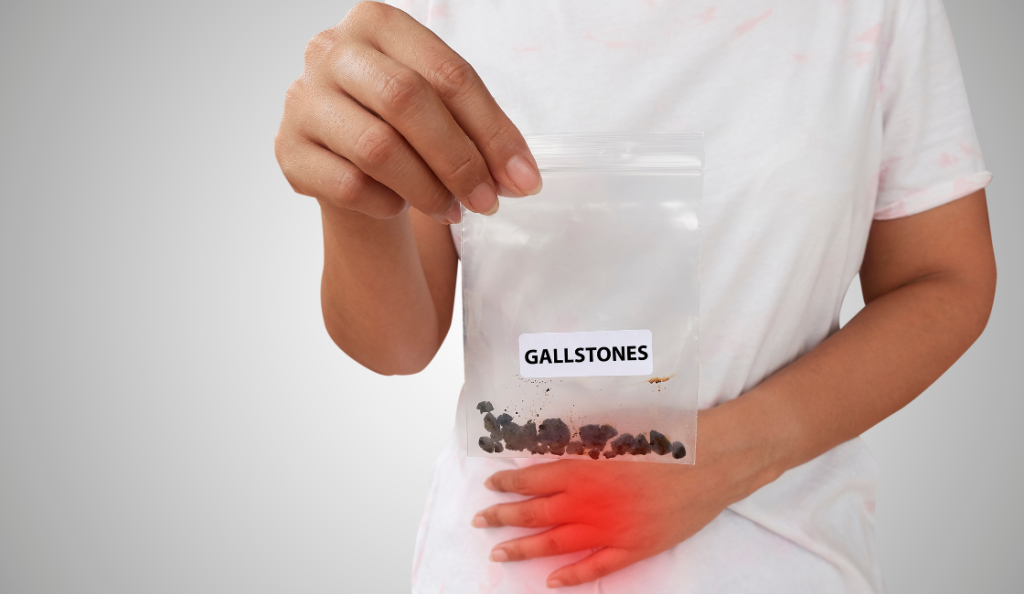 The gallbladder is a small but important organ in the human body. It is responsible for producing and releasing the bile juice that helps in the digestion of fats in our body.

Gallstones are stone-like objects composed of cholesterol and bilirubin that can develop in the gallbladder. These are harmful substances as they can block the bile ducts and prevent the flow of bile juice from the liver to the gallbladder.

These stones vary largely in size and can be as small as the size of a grain to as big as the size of a golf ball. Although the smaller size gallstones are more dangerous and cause more trouble, if not diagnosed and treated on time, these gallstones can grow to be really big in size. And lead to extreme pain accompanied by other health complications in the long run.

The most common cause of gallstones is the increased concentration of cholesterol and bilirubin in the bile juice. Gallstones are also known to be mostly found in people whose gallbladder doesn’t empty itself completely.

In some cases, gallstones are found in patients who complain of blood disorders and cirrhosis of the liver. These are quite prevalent in pregnant women and people who lose weight too rapidly.

What are the symptoms of Gallstones?

Gallstones are difficult to be diagnosed as in most cases they cause no symptoms at the beginning. Gallstones that cause no discomfort are called silent gallstones, these don’t require any treatment as such.

For symptomatic cases of gallstones, the easiest to identify symptom is a pain in the upper abdomen area, especially the right side. This pain is steady and can last anywhere between 15 mins to up to 1 hour.

In some extreme cases, gallstones can also lead to pain in the right shoulder and chest. A few people may also complain of repeated and frequent occurrence of the feeling of nausea and vomiting.

Who is at the risk of Gallstones?

There is no reason for this but it is known that women are more likely to develop gallstones than their men counterparts.

In general, people over 40 years of age are highly prone to gallstones. If you consume a diet that is high in fats are or have a family history of gallstones, then you are also at a greater risk as compared to others.

The last thing to note is that if you are overweight, have diabetes, Crohn’s disease, or suffer from blood disorders, you must regularly get tested for the presence of gallstones.

What is the treatment for gallstones?

Gallstones can be diagnosed by an ultrasound examination which is a painless quick procedure and gives accurate results. Once the diagnosis confirms gallstones, there are numerous treatment options for you to choose from.

These days laparoscopies procedures are suggested and preferred as they are advanced procedures that are painless and offer faster recovery. The best treatment for gallstones is through SILS (Single Incision Laparoscopic Procedure).

The traditional laparoscopic procedure requires multiple small cuts to be made whereas SILS is highly advantageous as it just requires a single incision for the treatment of gallstones.

SILS is a painless and scarless procedure. The single incision is made near the naval and is extremely small. It gets hidden in the natural umbilical scar and is not visible after a few weeks of the procedure.

Who is the best Gastroenterologist to get SILS treatment for Gallstones?

Dr. Srikanth Gadiyaram has 12+ years of experience in offering painless SILS treatment for gallstones removal. He is the pioneer and started treating patients during his practice in the Manipal Hospital, Bangalore during 2009-2010.

He is the best doctor for SILS laparoscopic procedures. He is not only a specialist who is thoroughly trained and experienced but also has a large number of successful procedures and happy patients to his name.

He currently offers SILS treatment at Sahasra Hospitals that has world-class amenities and medical support staff to ensure you get the best treatment and fastest possible recovery without any side effects and complications.

We take pride in saying that we are the best for SILS all across Hyderabad, Bangalore, and other parts of southern India. Reach out to us for SILS treatment of gallstones, bariatric procedure, colectomy, uterus removal, and spleen removal. 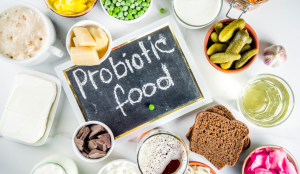 What are probiotics and what do they do? 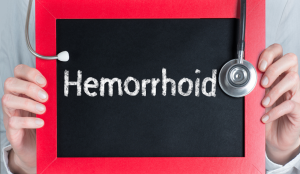 What are Hemorrhoids? Hemorrhoids are caused when the veins in ones rectum dilate and gets swollen. Blood gets collected in the swollen veins making them 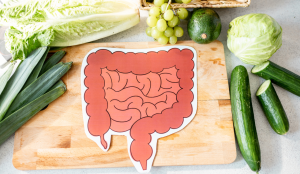 The tie between high fiber foods and optimal gut health:

When it comes to optimal gut health, what one eats makes a lot of difference. The gut microbes have to stay balanced for an optimal 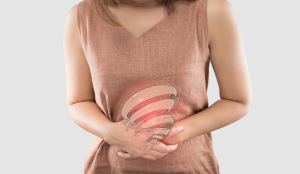 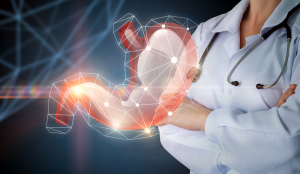 Reasons to visit a Gastroenterologist:

In today’s fast-food world where burgers and soda take the centre stage it is very important, we consciously observe the way our digestive system behaves.

What is GERD? GERD is a condition when the stomach acid frequently flows back into the tube connecting the mouth and stomach. This backflow also

Sign up our newsletter to get update information, news or article about medical.

Sahasra Hospitals offers you expertise in the management of a complex array of colorectal, gastrointestinal, pancreas and liver diseases.